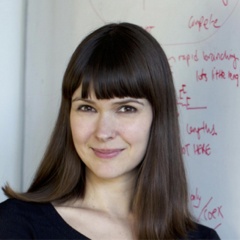 Dr. Jennifer Gardy is both a scientist and science communicator. She holds a PhD in Bioinformatics, and is an Assistant Professor of Population and Public Health at the University of British Columbia and a Senior Scientist at the British Columbia Centre for Disease Control (BCCDC). At the BCCDC, she pioneered a new way of investigating outbreaks of infectious diseases – “genomic epidemiology”, which uses a pathogen’s genome sequence as a tool for understanding how an infectious disease spreads. Her group was the first to use genome sequencing to reconstruct a large outbreak of tuberculosis, and she is continuing to apply this novel technique to other outbreak scenarios. She is also involved in other genomics-related research, including replacing traditional laboratory microbiology protocols with single genomic analyses. In 2014, she was appointed the Canada Research Chair in Public Health Genomics, and is Senior Editor at the new open data, open access journal Microbial Genomics.

In addition to her career as a research scientist, Dr. Gardy is known for her work in science communication and education, both in print and on TV. She has made regular appearances on CBC’s documentary series The Nature of Things, has hosted CBC’s eight-part science series Project X, and is a regular guest host on Discovery Channel’s Daily Planet science show. She has written and blogged for the Globe and Mail, has written a children’s book – It’s Catching! The Infectious World of Germs and Microbes – and runs a series of workshops on how to communicate science effectively. 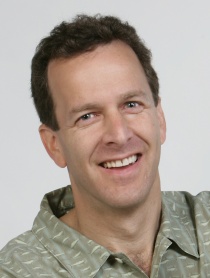 Dr. Steven Salzberg is the Bloomberg Distinguished Professor of Biomedical Engineering, Computer Science, and Biostatistics and the Director of the Center for Computational Biology in the McKusick-Nathans Institute of Genetic Medicine at Johns Hopkins University. From 2005-2011, he was the Director of the Center for Bioinformatics and Computational Biology and the Horvitz Professor of Computer Science at the University of Maryland, College Park. From 1997-2005 he was Senior Director of Bioinformatics at The Institute for Genomic Research (TIGR) in Rockville, Maryland, one of the world’s leading DNA sequencing centers at the time.

Salzberg’s lab currently focuses on next-generation sequence alignment, genome assembly, and microbiome analysis.They have produced several popular systems for alignment of next-generation sequencing reads, including the Bowtie, Tophat, and Cufflinks systems. All of the group’s software is free and open source, and their systems have been downloaded hundreds of thousands of times.

Dr. Salzberg is a Fellow of the American Association for the Advancement of Science (AAAS) and a Fellow of the International Society for Computational Biology (ISCB). He was the 2013 winner of the Benjamin Franklin Award for Open Access in the Life Sciences, in recognition of his many contributions to open access bioinformatics software and his strong advocacy for open access to data, software and publications.

Dr. Salzberg will speak about “Open source, open access, and open data: why science moves faster in an open world”.

The Human Genome Project established a practice of sharing data rapidly, prior to publication, that has since become a model for many projects in genomics. Data sharing has been slow to penetrate other fields because of many factors, some of which I will discuss in this talk. Nevertheless, sharing of methods, data, and results helps science move ahead faster, and openness is essential for the continual process of checking and self-correction that good science requires. I will discuss some of the successes as well as some noteworthy mistakes that have been discovered thanks to open science.

The BOSC 2016 call for abstracts is currently open, and BOSC/ISMB 2016 registration will open next week. We hope to see you in Florida!